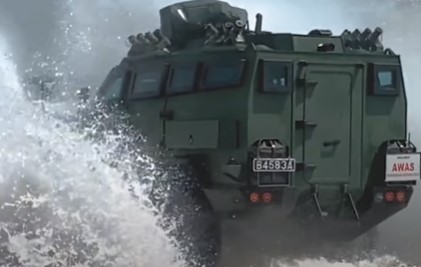 To produce the 14-tonne tarantula, Mildef spent four years on research and development. For all this, they spent RM16 million (almost 4 million USD). These tests include endurance on highways, gasoline use, load capacity tests, driving slope tests, and brake tests. Also, it was tested on its capacity to drive through shallow rivers. Moreover, the testing and evaluation procedures were carried out in accordance with the standards set by the Malaysian Army.

The Tarantula HMAV4x4 has a contemporary armament system as well as a grenade launcher. The armored vehicle is outfitted with a Remote Control Weap0n Station system, allowing it to shoot 360 degrees during combat. All of this adds together to make it a very frightening military vehicle.