Do you love pets? Do you currently have any pets at home? If the answer is yes, then you will love reading this article, and you will believe that humanity still exists.

Dogs are always human’s best friends. Once we take care of our dogs, they will be grateful to us for the rest of their life. You may have already experienced it if you own a dog. We are going to talk about a dog-loving pilot in this article.Meet Ashlyn, a sweet senior dog that was living in a North Carolina shelter. 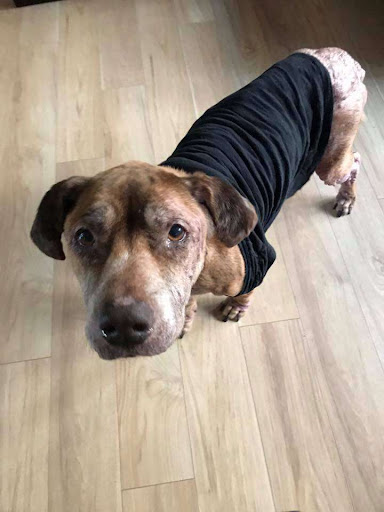 It all began when Ashlyn grew depressed one day, and it was immediately obvious that she was ill. Veterinary doctors discovered cancer and many lesions beneath the skin.

At one time, Ashlyn’s stamina was so low that she couldn’t even run or play.

She had lost a lot of weight and had sarcomas, which were malignant tumours beneath her skin. It wasn’t too late, though, for her to have a lucky break.

When the New England Humane Society (NEHS) identified someone who could provide Ashlyn with the right home for the last few weeks of her life, all she needed was a way to get there. The founder of Flying Fur Animal Rescue (FFAR), Paul Steklenski, agreed to fly her up in his jet. 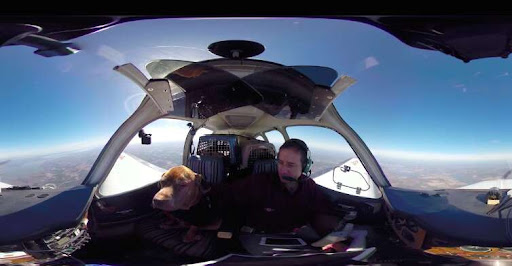 Ashlyn was a little cautious at the start of the two-hour ride. Steklenski recalled, “She started off a little bit detached.” “After that, she’d open up a little bit and get closer.”

He made her feel a lot better by feeding her dog biscuits. “After that, she gave me one paw, then the other,” he explained. For the adorable four-footer, the plane experience was already a thrill.

Paul shared a few photos of himself and his partner flying in the air, which are both adorable and incredible to witness. Even though it took her a few minutes to settle, Ashlyn was clearly enjoying herself in the breeze. 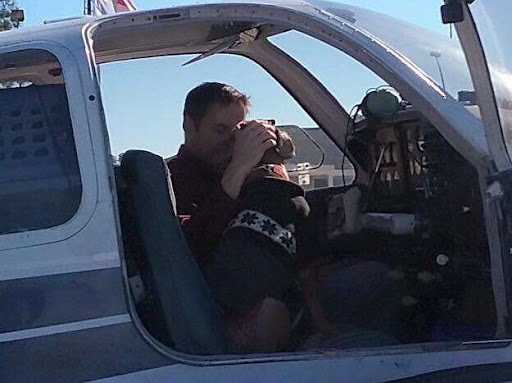 Steklenski began flying as a hobby in 2013, coincidentally the same year he adopted a puppy. These events were unconnected at the time, yet they became inseparably linked through time.

Last year, Steklenski said, “We went to pet stores, and then we went to shelters, and we started learning the difference.” When he discovered how many animals in shelters were in desperate need of adoption, he decided to put his new interest to good use.

Paul has always enjoyed flying and having dogs, so he decided a few years ago that we would try to combine the two. Since founding Flying Fur Rescue, he has been carrying animals from point A to point B.

Seeing how much happier this puppy was than she had been in recent weeks made the pilot tear up during the ride. 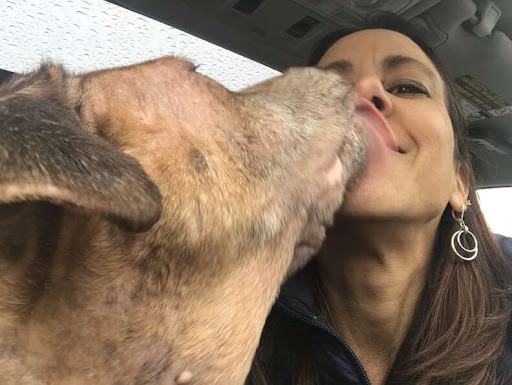 Ashlyn would not be where she is today if it wasn’t for him. And while everyone thought they were carrying her to fospice, her progress has led rescuers to feel she may have more time than they expected.

Tracy Lancer, a nice and caring woman who would make sure Ashlyn received lots of affection and delicate loving care, was the one who picked up the dog. Tracy Lander, who has 3 dogs of her own and has been fostering for the NEHS for two years, said, “When I picked her up from the airport, her condition crushed me.” 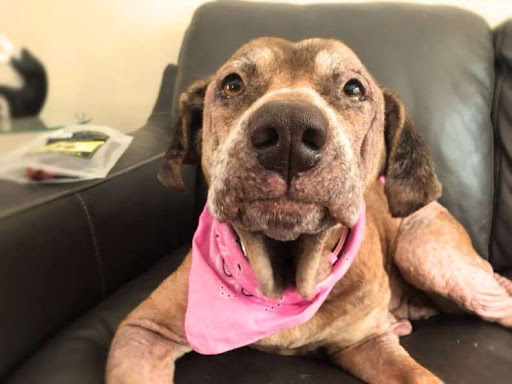 Ashlyn began to change a little over time. Lander observed, “She’s getting around more.” “She’s a fantastic eater… and she’s devoted to me.”

Even one of Lander’s other dogs, Angel, has taken to bonding with Ashlyn. Lander’s boxer mix, Xander, has taken an interest in Ashlyn as well. Lander predicted, “He’ll just go up to Ashlyn and start licking her.” “With his tongue, he thinks he can heal everyone.”

In January, Ashlyn moved in with the Landers, and no one knew how long she’d be there. Now that April has arrived, they don’t think of her as the fospice dog but rather as someone who reminds them to live in the moment and appreciate each day — which is always a good lesson.

Lander explained.” “She knows she’s adored regardless of what happens.” 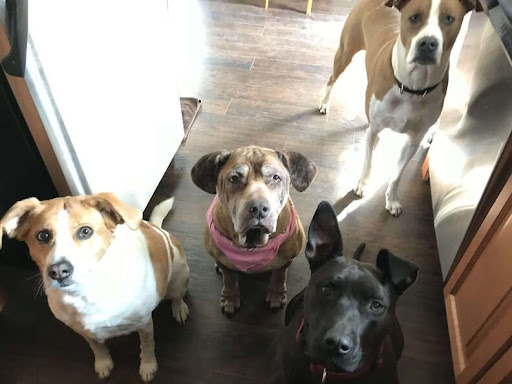 No one expected Ashlyn to make so significant progress the day she boarded Steklenski’s plane. Steklenski does what he does because she turned from a tired shelter dog to a cherished family member.

“I would never have anticipated finding something so wonderful, so rewarding,” Steklenski continued, “that it would transcend practically everything else of my life on this Earth.”

We finally have come to the end of the post. There are two lessons we can learn from Ashlyn’s story. The first is that humanity still exists. People like Steklenski are the reason for it. And the second lesson we should learn from this post is always to take care of your dogs.

They are just animals. They don’t know how to think like humans, but they do know how to love humans, so please help them when they are in need. Be like Steklenski. Watch video below: