You Are Here Home News America’s MIM-104 Patriot, Surface-To-Air Defence of US Army

The MIM-104 Patriot is a surface-to-air missile (SAM) system, the primary of its kind used by the United States Army and several allied states. It is manufactured by the U.S. defense contractor Raytheon and derives its name from the radar component of the weapon system. The AN/MPQ-53 at the heart of the system is known as the “Phased Array Tracking Radar to Intercept on Target” which is a backronym for PATRIOT.

The Patriot system is modular and highly mobile. A battery-sized element can be installed in less than an hour. All components, consisting of the fire control section (radar set, engagement control station, antenna mast group, electric power plant) and launchers, are truck- or trailer-mounted. The radar set and launchers (with missiles) are mounted on M860 semi-trailers, which are towed by Oshkosh M983 HEMTTs.

The heart of the Patriot battery is the fire control section, consisting of the AN/MPQ-53 or −65/65A Radar Set (RS), the AN/MSQ-104 Engagement Control Station (ECS), the OE-349 Antenna Mast Group (AMG), and the EPP-III Electric Power Plant (EPP). 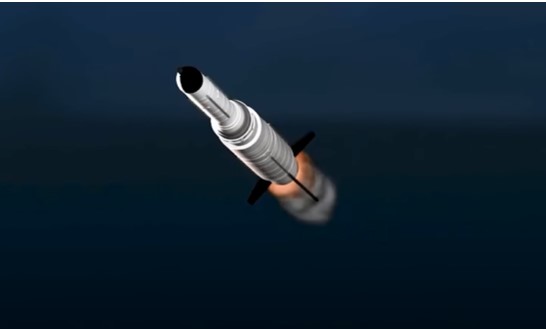