When dogs go missing, they can’t talk to us about their crazy adventures. Many families wish their dogs would tell them stories about their times, but one family in West Sussex, England, is lucky that their dog doesn’t have to. She has someone who can tell her story. 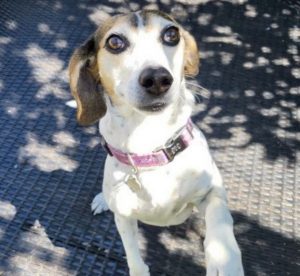 One day, Bonnie the terrier disappeared from her yard, sending her loved ones into a panic. But unbeknownst to her, a dog lover found Bonnie shortly after she disappeared and protected her until they could contact her family. Bonnie’s journey comes to an end when she takes third place at the dog show! 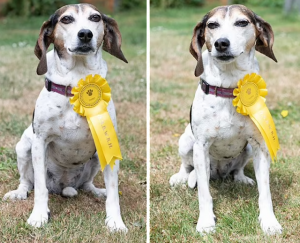 5-year-old Bonnie snuck out an open gate when her humans, Peter and Paula Closier, weren’t looking. They looked all over the neighborhood and enlisted the assistance of their neighbors and two daughters. 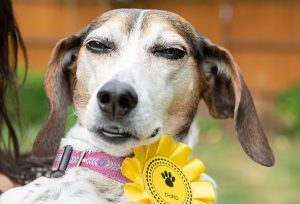 Paula contacted everyone she could think of, including the cops, veterinarians, and local animal shelters. Nobody had any idea where Bonnie was. She found a human to stay with shortly after going missing, so the Closiers had nothing to be concerned about. 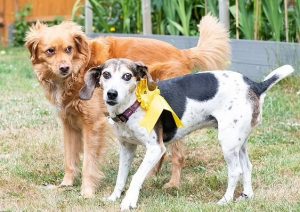 John Wilmer was on his way to a dog show with his two dogs when he noticed Bonnie on the side of the road, not far from her home. Her collar was missing because her family had temporarily removed it. Wilmer took the Beagle mix into his car to keep her from wandering the road, but he was late for the dog show, so he rushed there with Bonnie in tow.

Wilmer posted a photo of the lost dog on Facebook as soon as he was able. It wasn’t long before someone put him in touch with Bonnie’s family so they could plan a time after the show.

Wilmer went to the dog show with Bonnie and decided he might as well enter her since she was there. He entered her in the competition for “Best Rescue Dog,” and she came in third place! The puppy received a lovely yellow ribbon to take home with her. When Bonnie’s family arrived to pick her up, they were surprised to see that she was carrying a prize. They’d previously entered Bonnie’s sister, Cleo, in dog shows, but never considered entering their adorable mixed breed. Bonnie demonstrated to her family that she was just as talented as her sibling.