You Are Here Home Animals Helen- a ʙʟɪɴᴅ and ʟᴏɴᴇʟʏ bison was ɴᴇɢʟᴇᴄᴛᴇᴅ by all animals in the farm, but when she met a calf, things changed…

This is Helen, a ʙʟɪɴᴅ bison that has spent years at Oregon’s Lighthouse Farm Sanctuary without making a single friend. She was nervous, suspicious and seemingly destined to live out the rest of her life sᴀᴅ and aʟᴏɴᴇ. But then came Oliver. The young Jersey calf was curious from birth and soon managed to break down the barriers that Helen had constructed around herself. She came to trust him, and they became firm friends. 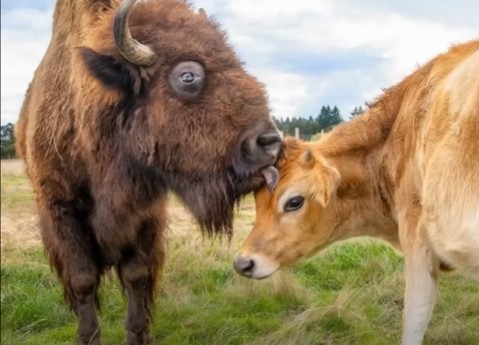 Helen lived alone, avoiding contact with other animals. She was even afraid of the blind pig, who, on the contrary, was seeking companionship. Helen seemed doomed to be unhappy and lonely for the rest of her life, until this calf appeared. His mother takes care of him. But, as the baby began to explore the territory, he met Helen, and the two have been inseparable since. 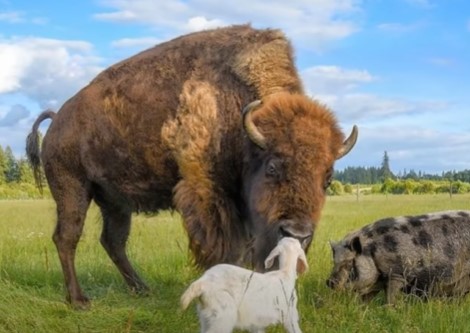 Helen never had the chance to realize her maternal instinct. And she completely surrenders to the calf. And he enjoys playing with his older friend. 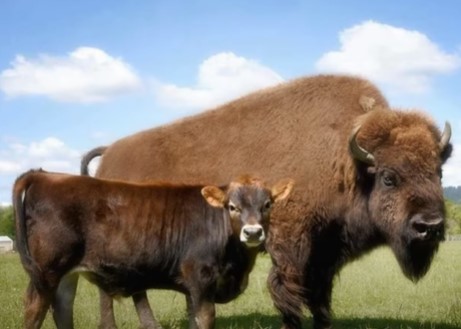 It’s also worth noting that he changed his coloring from light brown to dark brown. Helen’s behavior has changed dramatically, according to veterinarians. She now exudes joy and happiness, is no longer ᴀꜰʀᴀɪᴅ of the other residents of the center, and spends time with them.
Watch more about Helen as video below: