You Are Here Home News M1296 Stryker: This 30mm ICV Will Attract Anybody 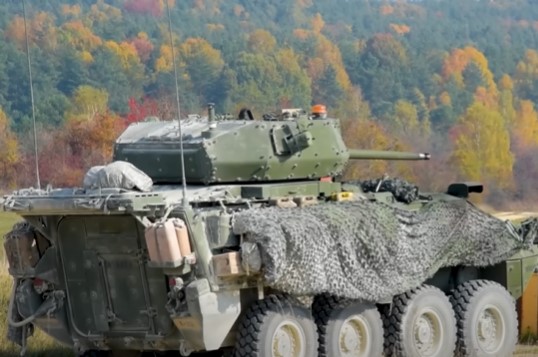 Units equipped with the M1296 Stryker will provide the Commander, European Command a medium-weight force capable of rapid strategic and operational mobility to disrupt or destroy enemy military forces, to control land areas including populations and resources, and to conduct combat operations to protect U.S. national interests. 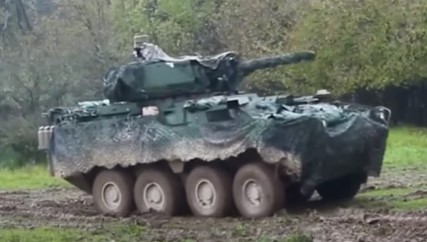 The Stryker is a family of eight-wheeled armored fighting vehicles derived from the Canadian LAV III. Stryker vehicles are produced by General Dynamics Land Systems-Canada (GDLS-C) for the United States Army in a plant in London, Ontario. It has four-wheel drive (8×4) and can be switched to all-wheel drive (8×8).

Watch video below to discover more about this 30mm ICV: