You Are Here Home News PzH 2000 Artillery: Don’t toy with this ʙᴇᴀsᴛ!

For centuries, artillery has proven to be a vital component in the battlefield. A modern German self-propelled howitzer known as the Panzerhaubitze or PzH 2000 is among the most powerful artillery systems currently deployed. This artillery is also one of Germany’s scariest ground vehicles and will be sent to Ukraine along with anti-aircraft tanks and other ᴍɪʟɪᴛᴀʀʏ equipment to support Ukraine army.

Defense Minister Christine Lambrecht announced that Germany will supply Ukraine with seven self-propelled armored howitzers. Lambrecht made the announcement while visiting Slovakia to meet the German troops stationed in the eastern European country which shares a small border with Ukraine.

Not only that, but Germany also provides training in the use of this heavy artillery. So, how dangerous is this Germany’s artillery system, and what is it capable of? 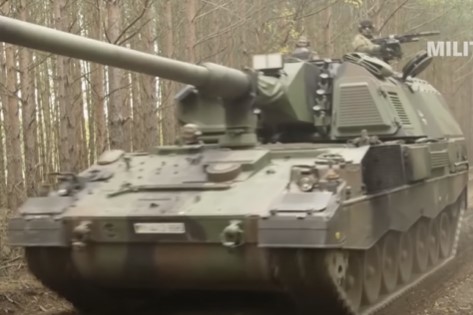