One man deserves the grandfather of the year award. He was selfless, and for his 60th birthday decided to get a gift that would allow him to make memories with those closest to him—his precious grandchildren.

Doug Hayes of Oregon celebrated his 59th year of life in 2018. He was speechless when asked what he wanted for his big milestone birthday the following year. He couldn’t decide what he longed for and kept pondering the idea for a while.

Eventually, he told his wife, Amy Hayes, he had chosen his ideal bucket list gift. It was nothing she could’ve guessed but made perfect sense for the kindhearted man. 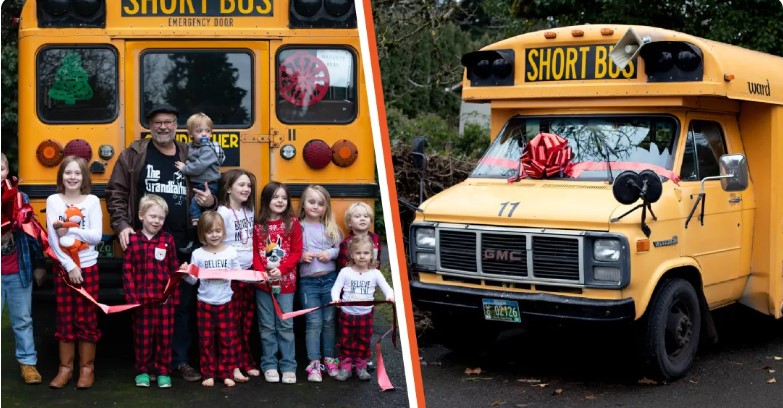 Amy recalled how “bamboozled” her husband was when choosing a gift. She explained: “What did HE want? What was on HIS bucket list? He was floored. A little disturbed. He couldn’t even comprehend the question.”

Doug adored his family and loved spending time with his grandkids, so it was only fitting that his present included them. The caring grandad enjoyed making memories with the little ones who went to school 20 minutes away from their residence.

Doug’s grandkids attended a small Christian establishment called Paideia Classical Christian School that didn’t have a bus for their commute. 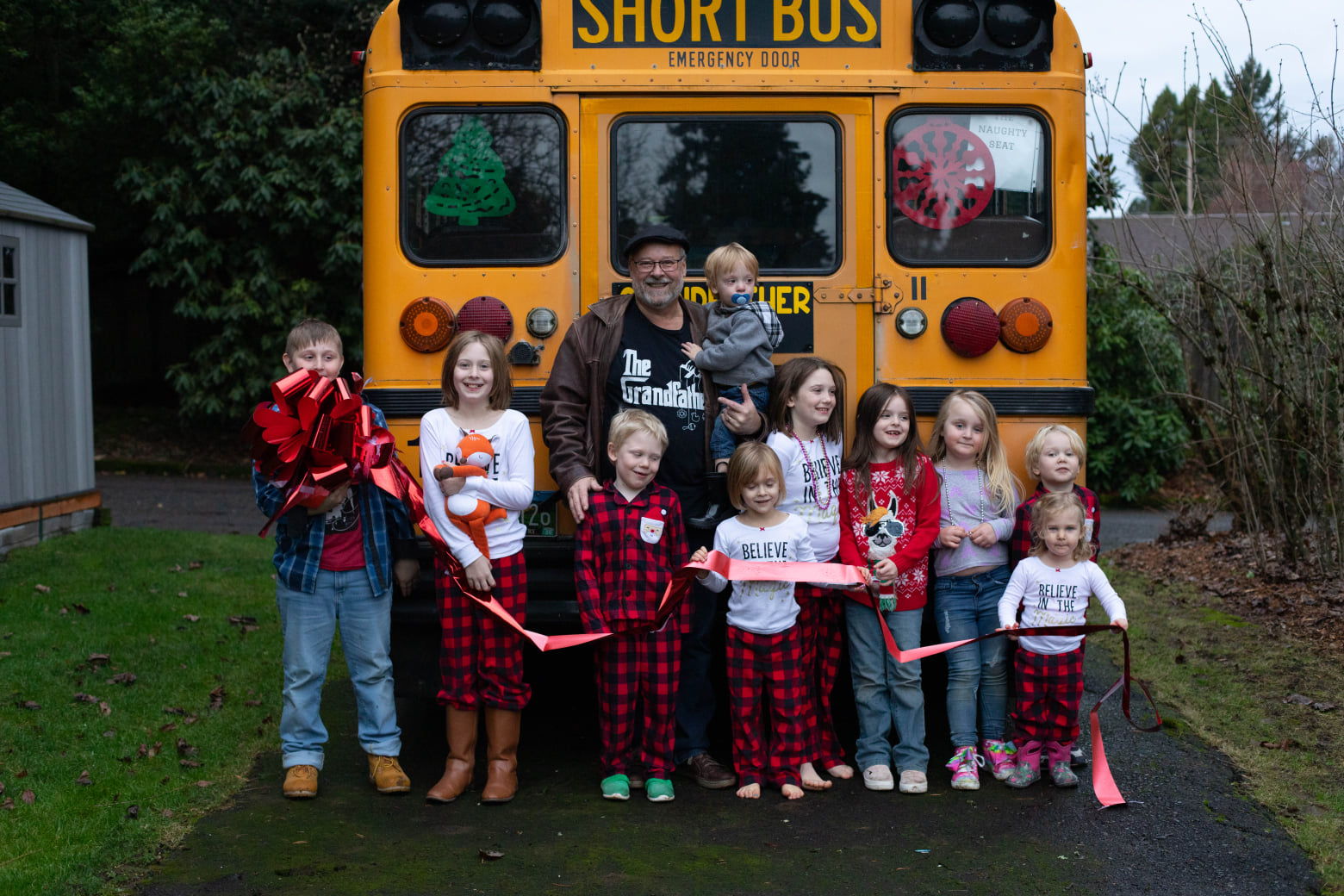 In December 2019, the Grandfather Express was officially in service, and the smiles on his grandkids’ faces confirmed Doug had made the right decision.

Doug quickly came up with a clever plan to fix the transport issue, and it was an idea that would give him endless joy and pleasure. He recalled something his grandchildren said:

“The kids have always said, ‘Gee whiz, I like our school, but we would like to be able to have a school bus.'”

This statement was how Doug came up with his unique bucket list gift idea. He wanted something very few people have on their wish lists. 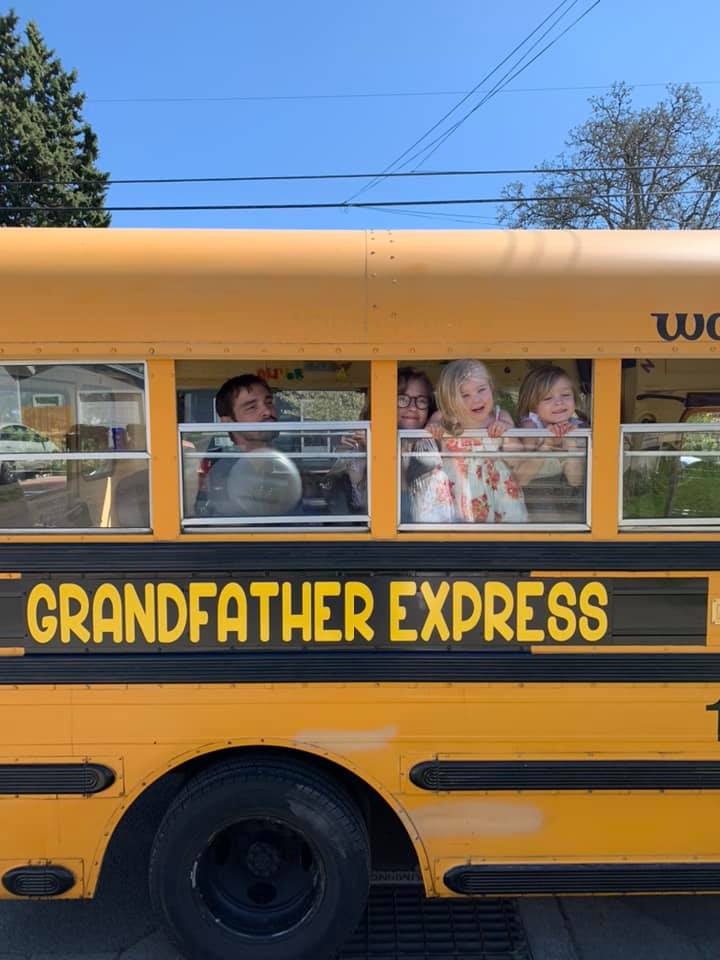 During his 60th year on earth, Doug bought a yellow school bus and surprised his family over Christmas. The vehicle arrived with a big bow outside their Gladstone home, and Doug’s grandkids erupted with joy.

The bus even had a name, “Grandfather express,” and would transport the beloved little ones to and from school. He had ten grandchildren who were lucky to have a grandfather like him. In her Facebook post, Amy shared Doug’s vision for the bus:

“I want a bus so I can go around every morning, pick up all the grandkids, and drive them to school before I go to work. Just a small bus. We’d sing songs, talk, and it would be something unforgettable they did with their grandfather. If money were no object, I’d want a bus.” 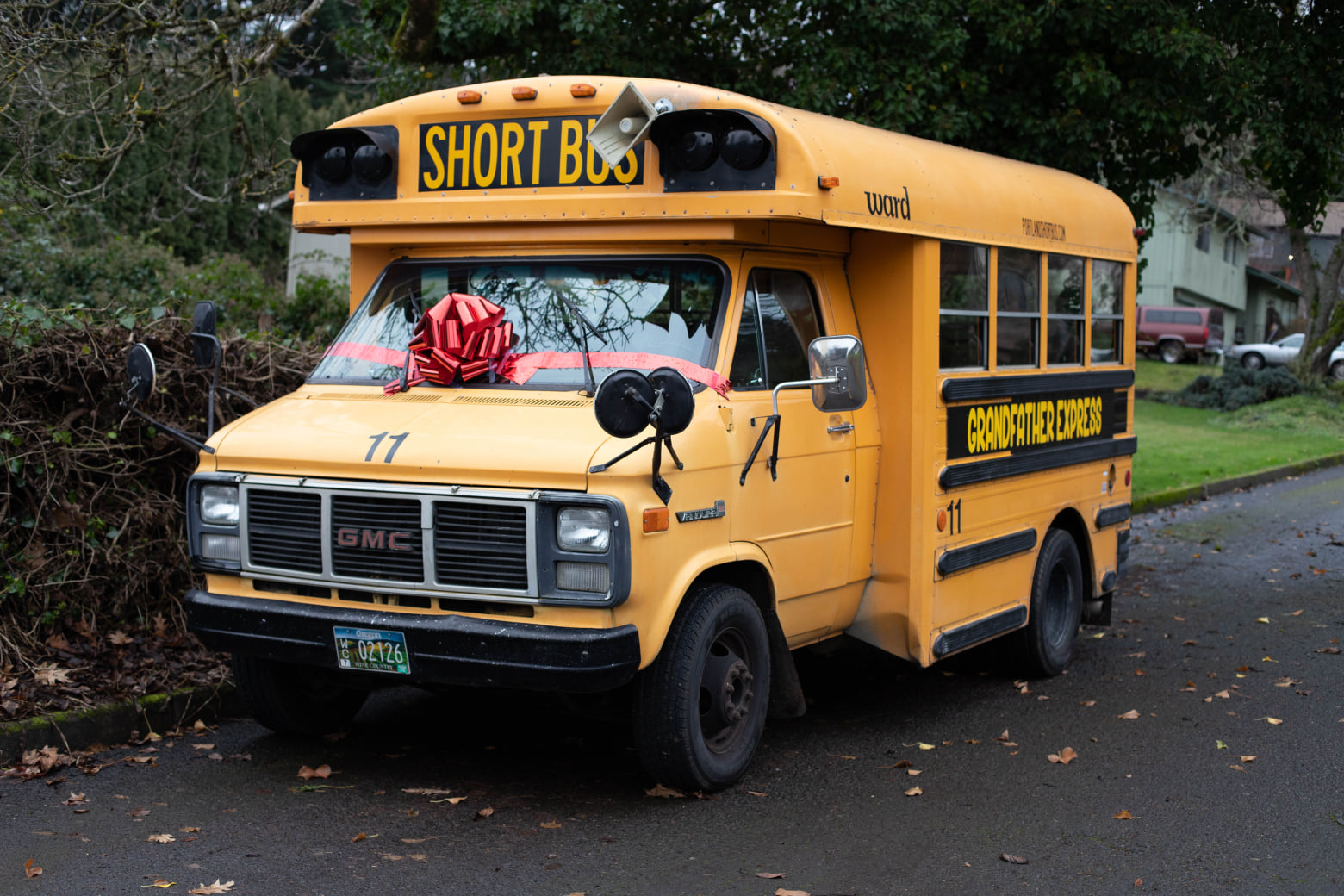 In December 2019, the Grandfather Express was officially in service, and the smiles on his grandkids’ faces confirmed Doug had made the right decision.

The bus was decorated with creative numbers on the inner ceiling and was any child’s dream come true. All the seats had seatbelts, and Doug couldn’t wait to start his daily bus route.

A video of the big gift reveal was shared online, and the little ones could be heard asking: “Is that it? You got a bus!” They ran towards the yellow vehicle and couldn’t hide their glee. 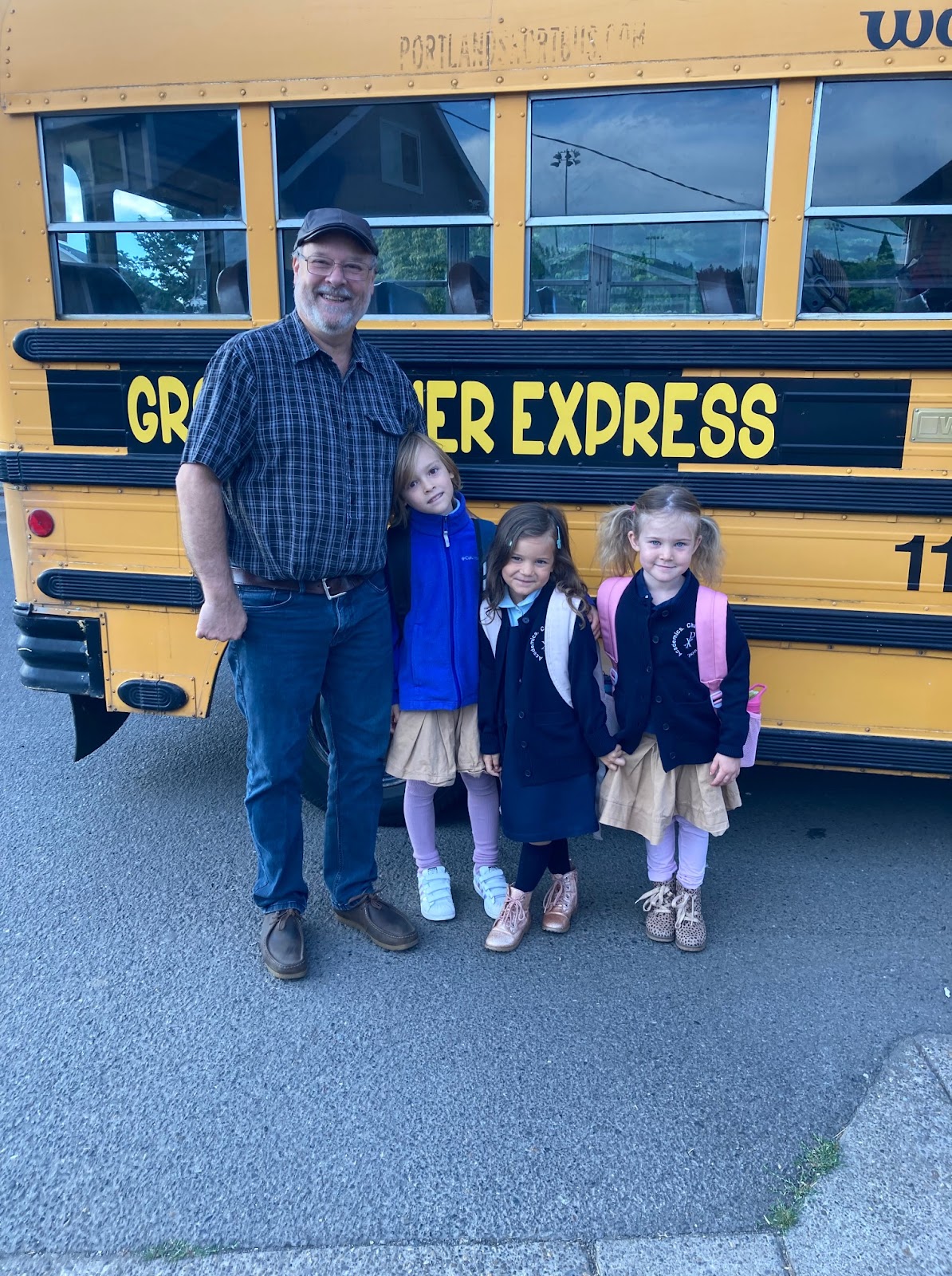 Bravo to Doug for putting his family first. He will undoubtedly reap the rewards of his kindness and generosity for years to come. We wish him and his family many happy moments together. Watch video as below: