A mother had difficulty searching for the perfect way to tell her girls they had a new adoptive brother. After scouring the internet, she was on the brink of giving up when her husband suggested they place the baby under the Christmas tree. Keep reading to discover what happened next. 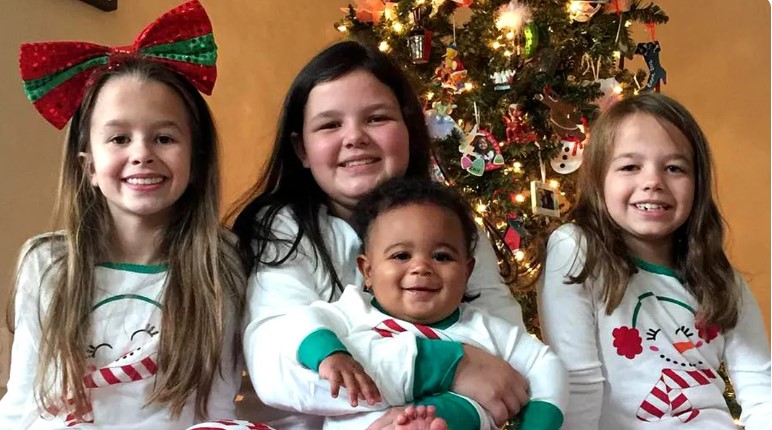 Courtney and Steve Solstad were a happily-married couple who, like most people, longed to start their parenthood journey. But when nothing changed for them by the time they celebrated their second wedding anniversary, they could feel something wasn’t right.

Eventually, the pair sought medical advice and decided to give fertility treatments a try. They were thrilled to discover they were expecting their first baby a few years later. Sadly, their worst nightmare came true when the doctors told them Courtney would likely suffer a miscarriage, which she did. 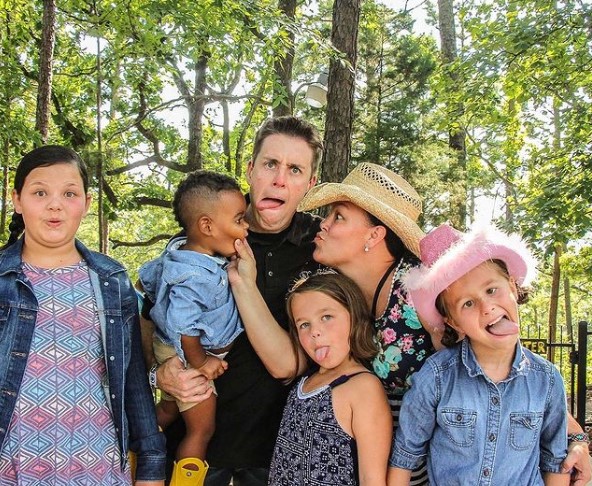 Knowing how much they yearned to become parents, the Solstads decided to consider adoption as their best option while also giving IVF a shot. To their astonishment, things worked out in their favor when Courtney fell pregnant and gave birth to a healthy daughter, Chloe.

Eventually, things changed for the best when Courtney received an unexpected phone call one Thursday afternoon in December 2015. 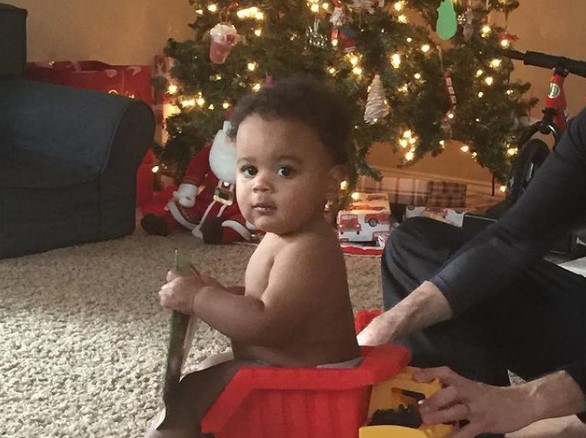 Within the next few years, the couple welcomed two more lovely daughters, Emma and Maci, and were thrilled to revel in parental bliss. However, the thought of adoption never entirely left their minds, so after moving to Dallas, Texas, they became much more resolute in their decision to expand their family.

With Steve doing well in his new job, it was only a matter of time before they started the documentation process in September 2015. All along, the Solstads had their three girls onboard, who were delighted with the prospect of welcoming another sibling. 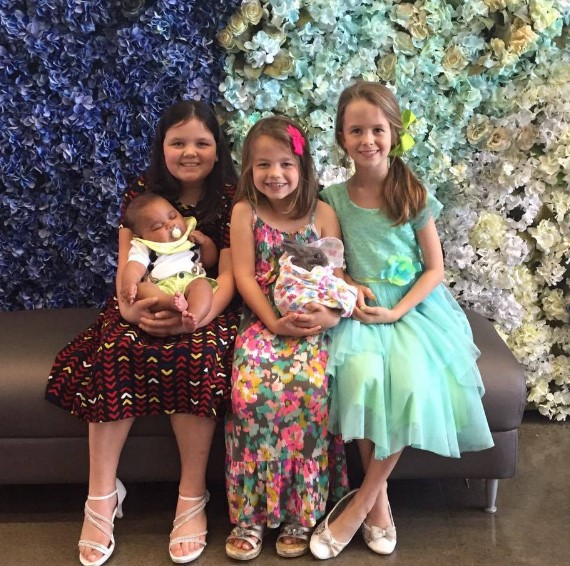 Given how lengthy and rigorous the adoption process could be, with the likelihood of delays, detours, and extensive paperwork, Courtney and Steve decided not to disclose any information to their daughters until everything was finalized.

Their sole reason behind doing so was to shield their kids from the soul-consuming waiting period. Eventually, things changed for the best when Courtney received an unexpected phone call one Thursday afternoon in December 2015. It was a call from her caseworker that proved life-altering. 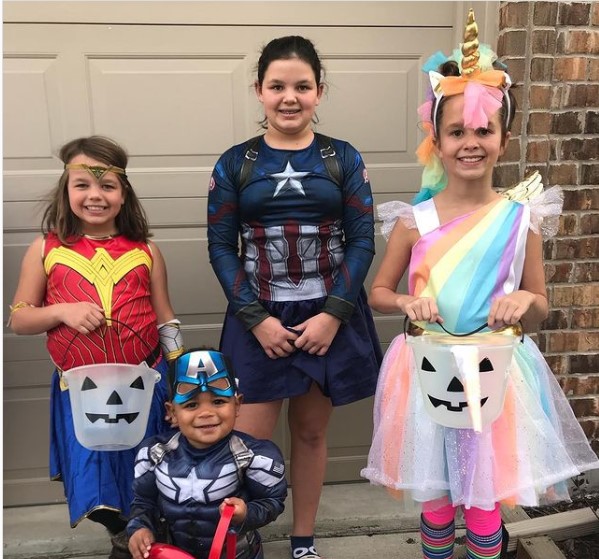 Courtney said she was over the moon when the caseworker told her about a newborn boy who needed a forever home and a loving family. Soon afterward, she called her husband to share the exciting news, and when he didn’t return her calls, she left him a message that read: 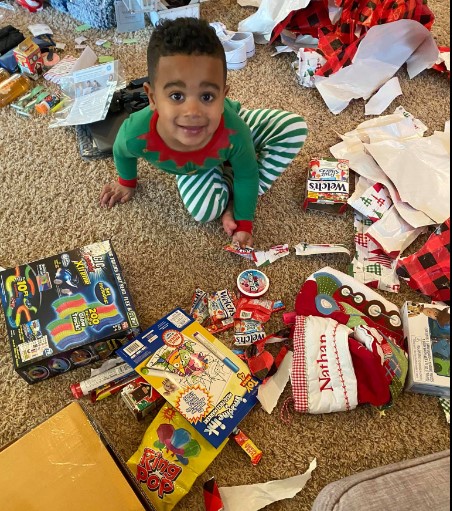 The Solstads decided to keep it a secret from their daughters, and after dropping them off at school, they went to the hospital to complete the documentation process and bring their son home.

Since he was born at less than 37 weeks, he had to undergo a car seat session, and while that was in progress, Courtney sat down with her phone, searching for a way to break the news to her girls. Eventually, an hour passed in the blink of an eye, and she was clueless about how to tell her daughters they had a new family member. 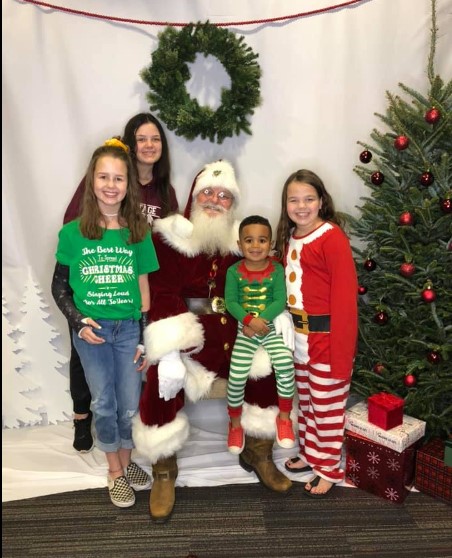 While a friend of the Solstads entertained Chloe, Emma, and Maci on their way back from school, the couple settled down with their baby boy at home. Courtney was still out of ideas when the doorbell rang, and her heart started to sink—she had failed to prepare a surprise for her little princesses. What would she do now?

Seeing his wife in a real predicament, Steve came up with a smart solution—he told her to wrap their son in a blanket and place him underneath the Christmas tree. And that was what the couple did. 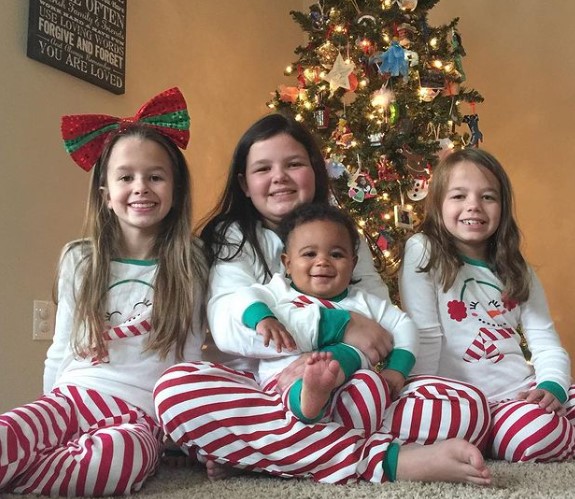 A few seconds later, their daughters hurried into the room and were astounded when they saw what was lying underneath the tree. “That’s your new baby brother,” announced Courtney as her girls walked closer to the Christmas tree in the room, staring at their little sibling in disbelief.

The ecstatic mom recounted seeing her girls burst into tears of joy. With their hands to their mouths, one of them uttered, “I’m going to wet my pants.” Later, she exclaimed, “He’s so sweet. Can I touch him?”

Courtney and Steve captured their daughters’ heartwarming reactions in an adorable video that went viral on social media around Christmastime in 2015 and has been making rounds once again in November 2022. 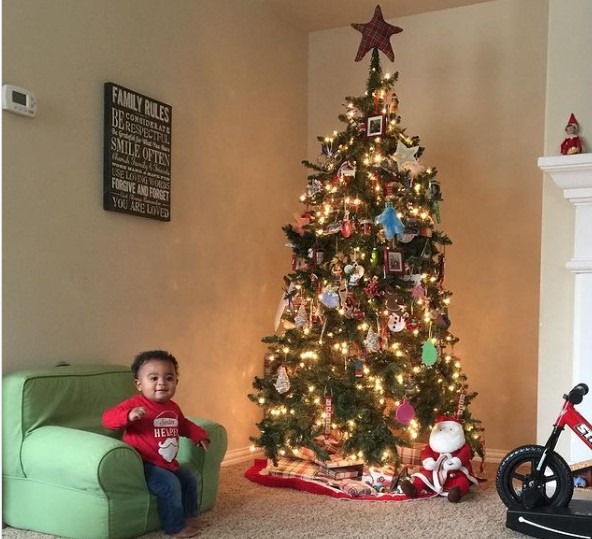 A Gift for the Holidays

While adopting a baby was Courtney and Steve’s heartfelt desire, it was also their girls’ number one item on their Christmas wish list. And from the look of things, it isn’t hard to guess that the family received their Christmas miracle in a way they had never thought possible.

According to the Texas mom, her daughters had no idea about their baby brother until they finally walked inside and saw him under the tree. The Solstads named their son “Nathan” and were glad he arrived in their lives at the perfect time. Courtney expressed:

“[Nathan] truly was the best gift we could have ever received for the holidays.”

Many netizens were touched by Chloe, Emma, and Maci’s priceless reactions and couldn’t help but dote on the Solstad family’s new bundle of joy:

“What a cool way to introduce their new baby to the family! Bless this family for adopting a child who may have otherwise still been parentless this Christmas.”

“Adopt means to bring some one closure this can be done those who are having bigger heart. Salute to those parents those who are adopting!”

“Those little ladies were so sweet and didn’t yell or scream … kept everything peaceful for baby !! peace (sic).”

Our hearts are so full seeing Nathan being received with love, joy, and warmth by his big sisters. Please share your thoughts in the comment section if you feel the same.