Even though a bee might be dead it can still sting you, not in the way that you think, dead bees obviously can’t go flying around and actively sting you. The thing is their sting and more importantly, the venom delivery system will still work even if the bee is long dead. You had better not pick up a dead bee.
3.Chickens

Chickens can run around with their heads cut off. Don’t be so surprised because some basic bodily functions are controlled not by the brain itself but by certain parts of the brainstem.

An octopus after being chopped up continues to move, and these arms can continue reacting to stimuli even if they are no longer connected to the main brain in fact they remain responsive even after the octopus has been long dead.

5. Salamanders
Salamanders have the uncanny ability to regenerate any part of their body that has been chopped off.

6. Frogs
People discover that frogs continue to move around even when their brain is dead. If you leave the frog’s head intact but take out its brain, a headed but brainless frog actually behaves very similarly to a frog with its green matter perfectly intact.

7. Flies
Flies can survive freezing temperatures and go into suspended animation. You can freeze them for days after giving them some heat they will be back as normal.

8. Turtles
The turtle took it to a whole new level and this is because their heart is cut off from the oxygen and nutrients, usually supplied by the blood is just very normal. As well as their body’s amazing potential for producing energy without oxygen, their hearts have their own fuel stash and they just won’t give up until every last fill-up of that has been used up. 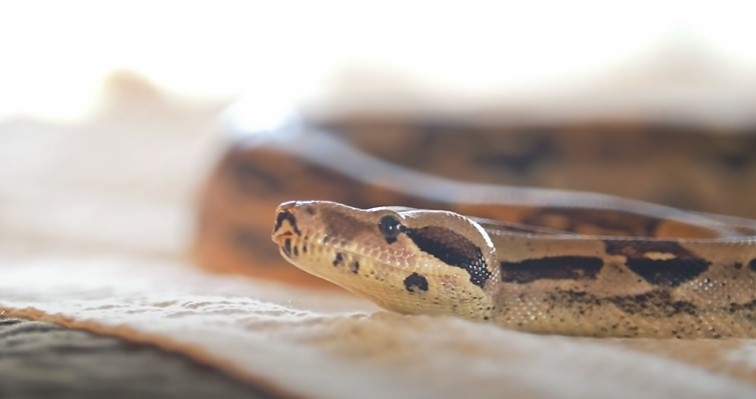 Photo cut from video
Snakes can still kill you with their head chopped off, the snake’s head has its fangs and deadly poison sacs still have the ability to bite you and deliver deadly venom even if it’s no longer attached to the rest of its body.

10. Flatworms
Flatworms or planarians are known as masters of regeneration they can rebuild any part of their bodies after amputation. If one is cut in half the head portion grows a tail and the tail portion grows a head. Cut it into 20 pieces and 20 new worms each an exact copy of the first are created.