You Are Here Home News U-2 Dragon Lady: The Most Challenging Aircraft to Fly

The Lockheed U-2, also known as the “Dragon Lady,” is a single-engine, high-altitude reconnaissance aircraft operated by the United States Air Force and previously flown by the Central Intelligence Agency. It gathers intelligence day and night, at great altitude (70,000 feet, 21,300 meters), and in all weather conditions.

Lockheed Corporation originally proposed it in 1953, it was approved in 1954, and its first test flight was in 1955. It was flown during the Cold War over the Soviet Union, China, Vietnam, and Cuba. In 1960, Gary Powers was sʜᴏᴛ down in a CIA U-2C over the Soviet Union by a surface-to-air missile (SAM). Major Rudolf Anderson Jr. was shot down in a U-2 during the Cuban Missile Crisis in 1962.

Nearly twice as wide as it is long, the lockheed U2 spy plane is one of the most distinctive aircraft in the US air force and the hardest aircraft to fly earning itself, the nickname the dragon lady. 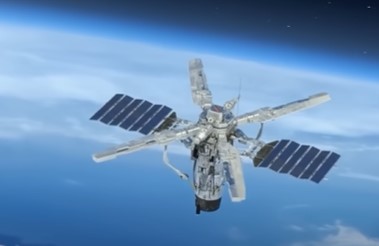 Please watch video as below to discover more:
News Tech US