You Are Here Home News Video about ATACMS: The US Missile That Could Begin World War III In Ukraine

This is HIMARS. Without it, Ukraine might have lost the war against Russia months ago. Russia has a huge advantage in artillery, firing as many as 20,000 rounds into Ukraine every day. Soldiers lacked the armored vehicles, ammunition and heavy artillery needed to defend themselves. Without intervention, the Ukrainian military could well be headed for a serious defeat. 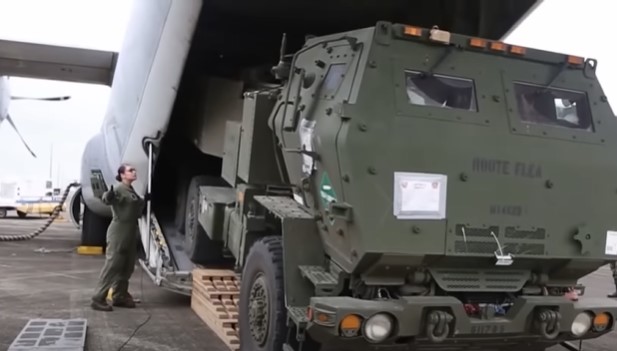 “Intervention” did come, in the form of supplies from multiple countries, western and eastern alike. Included in these supplies was the HIMARS, which has proven invaluable in every major Ukrainian victory since the start of the invasion. The cities of Izyum, Kupyansk, Lyman, Kherson have all been liberated from the control of Russian forces, as the Ukrainian military takes back territory faster than the Russians captured them. Volodymyr Zelensky, President of Ukraine, attributed much of these successes to the HIMARS – and understandably so.

Till today, the Russian forces continue to suffer heavy losses at the hands of the HiMARS including over 1,000 Russian tanks that now line the streets of Ukraine, destroyed. With no definitive response to the weap0n, the Russians consider the HiMARS the most powerful weap0n available to the Ukrainian forces. What makes the HiMARS so powerful?