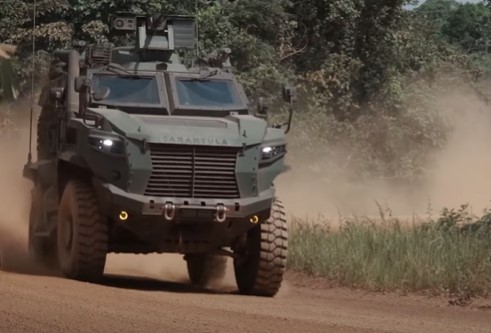 To produce the 14-tonne tarantula, Mildef spent four years on research and development. For all this, they spent RM16 million (almost 4 million USD). These tests include endurance on highways, gasoline use, load capacity tests, driving slope tests, and brake tests. Also, it was tested on its capacity to drive through shallow rivers. Moreover, the testing and evaluation procedures were carried out in accordance with the standards set by the Malaysian Army. 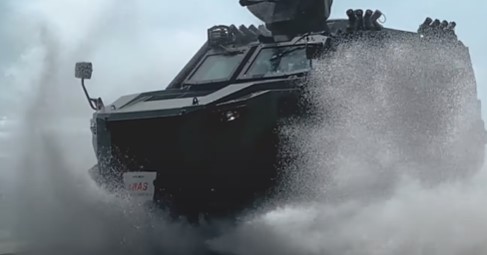 The Tarantula HMAV4x4 is equipped with a modern w̵e̵a̵p̵o̵n̵ system along with a grenade launcher. The armored vehicle is designed using a Remote Control We̵a̵p̵o̵n̵ Station system that allows it to shoot 360 degrees during combat. All this makes it a really intimidating military vehicle. 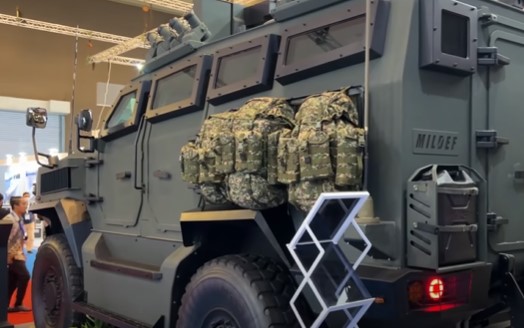 Using a 6.6-liter 6-cylinder inline turbo diesel engine from Caterpillar, the Tarantula is capable of operating from temperatures as low as -21 degrees Celsius to 49 degrees Celsius. The vehicle also has a rate of armor protection from bullets, ballistics, grenades, and landmines. Watch video as below:
News Tarantula HMAV 4x4 Tech