You Are Here Home News Why The UK Sent Autonomous Underwater Vehicles To Ukraine?

Unmanned machines have conquered not only the skies, but also the seas. We are talking about controlled underwater drones that are being prepared for the baptism of artillery fire in the Russian-Ukrainian war. 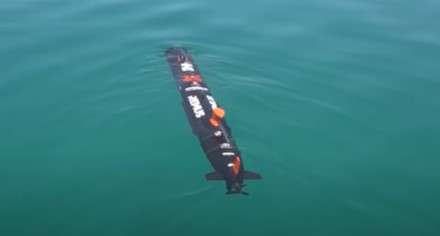 What can these underwater drones do and how will their use help Ukraine?

Just a few months ago, even before the start of the full-scale Russian invasion of Ukraine, DARPA signed contracts under the Manta Ray program. Northrop Grumman Systems Corporation and Martin Defense Group are involved in the development and production. Each of these companies must create and manufacture their own version of the Manta Ray underwater drone.

Since then, 9 months have passed. Obviously, the new Manta Ray drones are undergoing successful tests, so the navies of some NATO countries are ready to give Ukraine models of the previous generation. The British Navy was the first to respond, handing over six REMUS underwater drones to Ukraine.
Watch video below to discover:
News Tech ukraine