The ZAHA is a new Turkish amphibious Armored Personnel Carrier (APC). It is also called Marine Assault Vehicle, or MAV. It was developed by FNSS to meet requirement of the Turkish Navy. During the beach landing phase of an amphibious operation, these vehicles are launched from landing helicopter docks (LHD) and are able to rapidly cover the distance between the vessel and the shore, allowing marine units to land under armour protection. 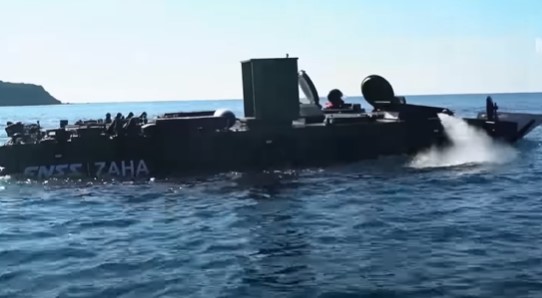 Once on land, they are able to operate alongside other armoured vehicles. The MAV fire power is provided by the purposely designed CAKA dual remote-controlled turret that can be armed with a 12.7 mm MG and a 40 mm AGL. Designed to support dual operations based on their mission requirements, armoured amphibious assault vehicles need to ensure superior capabilities both at sea and on land. 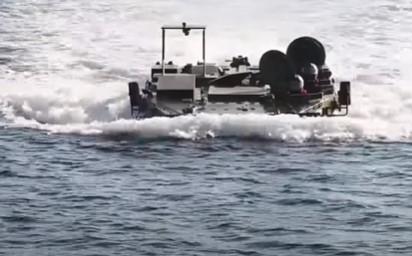 A unique hull design and powerful water jets make the MAV highly mobile in the water with a speed of 7 knots, as well as on land, at 70 km/h maximum speed. The base vehicle can be configured in different variants such as Personnel Carrier and Command Post. Few navies worldwide possess such a capability. 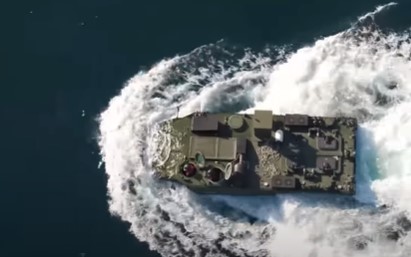 The FNSS MAV carries the armour protected amphibious fighting vehicle concept into the 21st century. Compared to similar systems, the MAV can be considered superior in the following respects:
• Number of transported personnel,
• Level of ballistic and mine protection,
• New generation remote controlled turret
• Performances on land and afloat.
Please watch video below to see more:
FNSS News Tech US